I wrote this nearly two years ago. I had hoped the pain, anger and anguish would diminish a bit … It hasn’t. Since my Dad’s passing, I have spoken with many other family members whose loved ones were wrongly treated by the VA. Pacified with medication and sent off to die. I tried to do something after his passing to bring the VA accountable, but it seems they are protected …

The reason I am re-sharing my Dads story is that hopefully if someone out there is going through similar circumstances, they read this and know to get help. A second opinion outside the confines of the VA. It could save their life.

Dad wanted to come home and my brother and me were determined that he would. We discussed and made the arrangements with the doctors for hospice at home. The doctor couldn’t give us too much time because once they stopped the heavy duty meds, things would start to fail more quickly. Everyone at Sunrise Hospital and at the hospice, worked together to get Dad home. And on Friday May 10, 2013, he did. Mom had them set up the hospital bed in the living room and Dad had a day filled with all his family and close friends. He got to see his great grand daughter, Olive, whom he had missed terribly the past six weeks he was in the hospital. He got to sing happy birthday to his grand daughter, Stevie, and ate lemon Italian ice, his favorite, that his niece Sarah brought to him. Mom got to sit next to him and watch their show on television, NCIS and talk to him about having to eat so he could get better…we’re Italian, food heals all. He was surrounded with love like no other and the kind of love that every person alive should be fortunate enough to experience. But we were merely a reflection of him. Of the life he lived, the choices he made and the love he gave to all of us. 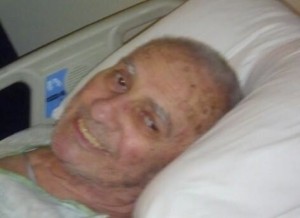 By night fall he had begun to experience pain. With each half hour it seemed to grow, until the meds the doctor had ordered earlier arrived. We gave him his first dose and it seemed to make him more comfortable but a few hours later the pain came back again and at one point when I was stroking Dad’s forehead, he told me he had wanted to die. Before long it was time to give him his second dose and instead of the first lesser dose, we read the instructions and gave him the second medium strength hoping it would last longer and he would sleep through the night.

I stayed with mom that night and periodically would get up and go check on Dad. She had insisted on sleeping on the couch next to him, instead of on their bed. The medicine seemed to work because he slept through the night.

I got up around seven and poured a cup of coffee. Mom was still sleeping on the couch beside Dad and they both looked so peaceful. I was happy that he was able to get through the night with no pain. A few minutes later mom woke up and remarked that we must of worn him out from the day before. I just smiled and nodded. As we sat and had coffee, it became eight, then nine and then ten in the morning. At this point it was clear…Dad wasn’t waking up. The family came and spent the day by his side, telling him how much he was loved and that we understood it was time for him to go and it was okay. We promised to take care of each other and mom and that he didn’t have to worry…we would carry through for him.

A little after two, we said our final good byes to the most loving, good man, that I had ever known. But we were very fortunate as a family. We got to say everything we wanted to and Dad got to tell us how much he loved all of us…something he managed to tell us the whole day on Friday. We had no unfinished business, no words unspoken. We had one day…one full day to spend with our father, husband, grandfather, great grandfather, uncle, brother and friend, and we and he lived it…every minute.

I mourn the loss of my Dad everyday. I cry and laugh when I think of a lifetime of memories and yet they don’t seem to be enough. I can’t help but feel anger for those doctors at the VA who saw those test results and did nothing. Wait let me correct myself…they did do something. They patched him together long enough for him to spend six weeks in the hospital and one day at home. I know as time passes, so will my anger. But the paralyzing feeling that we can’t do anything for the next vet or their family makes me sick inside. My Dad believed that because he served his country, went to war and defended our freedom that those doctors would do the same for him…they didn’t and they don’t. How many other men and woman get pushed through and patched up? How many other families heartache can be prevented? Why is the level of care you receive judged by the wad of money in your pocket? Shouldn’t those who risk everything have as much preference as those who risk a bad day at the office? I have the questions…but not the answers.

Dad is gone and I will never be able to hug him or kiss him on the cheek hello again. I do believe I will see him again one day, but not like this…not like this life. I will live the rest of my life with a remembrance of how his voice sounded when he called me angel or baby, how his arms felt hugging me when I went to visit or how his face smelled because he had just finished shaving. My mom will go through life without her best friend by her side to watch NCIS, eat frozen pizza and massage her aching legs and my brother…my brother lost his buddy, his ear to listen too and his jokes to laugh with. And the VA medical care goes on…day to day in a never ending loop of fantasy. Because isn’t that what it’s called, when someone pretends?

I love you daddy…forever and always.

Thank you Vicki-Ann. I can’t offer words because nothing I say will ease the pain. Instead, there is friendship and there is time. 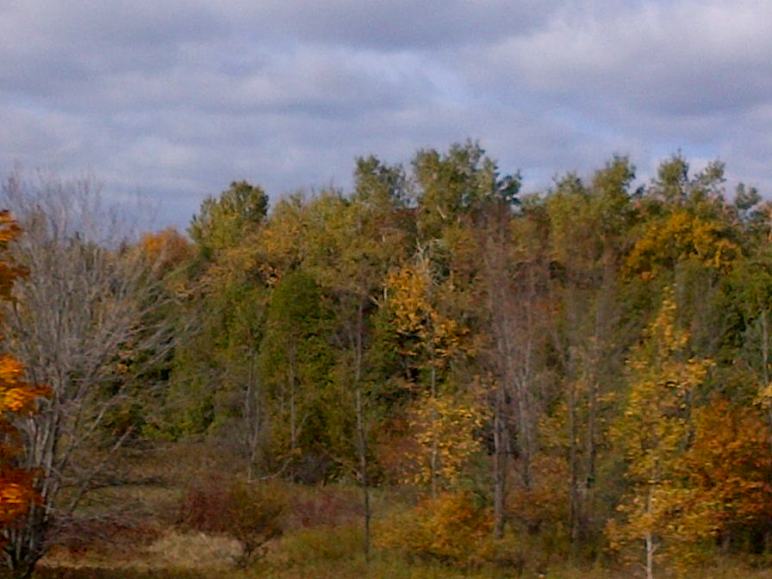 This is the season where film historians look back on how it was, how it should have been, and how, with a little rejigging, it could be remembered. For the films that are nominated now and rewarded later will be held up for examination for years to come. Their merits and viability as cultural markers will wax and wane, along with the sheen of achievement, leaving some of us to wonder if all the kerfuffle was truly deserved. And that’s okay. It’s in our nature to wonder, isn’t it?

Life, like art, is brief and if it is lucky, sustains itself not just under the spectre of fresh eyes, but the weights and measures of wicked old time.

A poet and blogger I follow recently touched on a theme close to my heart: that of the dead and how we, the survivors, come to terms with their leave take. The dead ascend to great heights and sink to great lows, especially as we rummage through their stuff and uncover their secrets.Yet we honour and disparage in equal measure whether we know it or not, remembering, loving and revising to suit.

Time, gorgeous time, affords the luxury of circumspection, whether in art critique or a life remembered. So whether we use time to rewrite a life past and lived or grind axes over films that shoudda won and didn’t, let us take time by the scruff and be glad that we have the gift of it to dwell excellently.

Adult, unapologetic and cognizant, I wish you good Monday. Let’s stay above it.