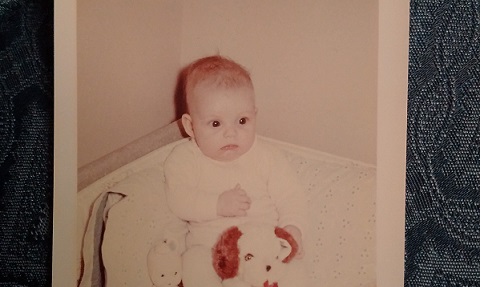 Yesterday, I broke my own rule by indulging in a little memory lane traipsing.  I don’t normally do this as I stubbornly cling to a self imposed ethos that demands attention be paid to what’s ahead in lieu of what can’t be rewritten.

I’m not Gatsby: I leave the past to sociologists, historians and novelists (chuckle).

The last bit about novelists is probably why I fell off the wagon. That, or a certain nagging sentimentality that’s been trying to get into my psyche since hitting the half century back in March. 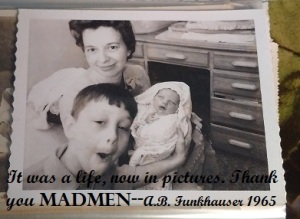 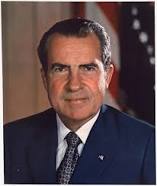 Men and of how much this incredibly stylish show impacted me. Not to contradict myself: it wasn’t the style…or the odd nomenclature of the culture…or the social ambiguities that we, today, find so astonishing, that grabbed me, but the realization that I was actually born to that era. Let’s be clear, I was a kid, but I did have eyes and ears. I grew up watching Nixon defend the war (his broadcasts always interrupted the Paul Lynde

show, which irritated me to no end) and my country’s enigmatic, larger than life Prime Minister Pierre

Trudeau rage against the pequiste separatist movement in Quebec. Heck, I remember the lunar landing in 1969 if only for the fact that I watched it in my grandmother’s living room against a background sound and aroma of sizzling German doughnuts—kreppels—boiling up in the big pot on her kitchen stove.

It was a good time…for me at least.

Watching Don Draper twist and turn on the AMC show week after week, I wondered if grownups had it as rough as portrayed. I don’t mean the men and women who went to war—war’s awful at all times—or the marchers who put their lives at risk for something as basic and necessary as human rights equality; I mean the regular civvies born between the wars who’d made it and got the picket fence.

I wouldn’t know. I was born to that fence. But I was also born to plug in the wall record players, pellet guns with real pellets and neighborhood bullies who preyed on the small, awkward and buck toothed because it was expected and they could. I got my revenge: bully lived in a white clapboard house and there was no shortage of crab apples on crab apple trees to pelt his house with…and also, I had a big brother who gladly dispatched anyone who got in my face—you could do that back then.  My dignity was rescued from crass stupidity.

You could do a lot of things back then. Watching the Joan Harris character on Mad Men cope with sexism and exclusion reminded me of a time in the distant Eighties when grown men made sucking noises when pretty girls walked by. That I was fifteen —and obviously so— didn’t seem to bother them, but it sure as hell bothered me. I’m glad that’s gone, and I’m glad I won’t be reminded of it every Sunday night.

Bidding adieu to Mad Men took me to another place I hadn’t been for many years: 1979, a great year for many reasons—my braces came off, my disco moves were rad, I smoked my first cigarette and fell in love with Robert De Niro. Gritty realism in cinema had been de facto since Clute, but nothing prepared me for the august beauty and sheer power of The Deer Hunter. Released just four years after the war and probably meant to compete with Coppola’s Apocalypse Now (which I also liked) there was something about the nuanced performances in Deer Hunter that kept me watching and rewatching for many years. The set pieces, the dialogue, the unconventional “real people” look of the actors sharpened my senses to everything around me. Appreciate your time it seemed to say, because it doesn’t last. The future takes it away.

I know the ending where the mourners gather in the bar after a major character funeral and sing God Bless America was seen as a controversial move by some. I didn’t feel that. Not the first time I saw it, or indeed yesterday when I viewed it again. It reminded me that I always need something to believe in and as long as I have that, I’ll be able to press on, hopefully with great joy.

If the future steals the past, does the present arm us for that unseen thing in front of us?

That’s another discussion for another day.

In the meantime, I will focus on what needs doing: there are weeds to be pulled out back, and a sleepy old cat that needs his lunch; the truck tires could use some air and…

I have history with that show.

Adult, unapologetic and cognizant, I am

Let’s stay above it.