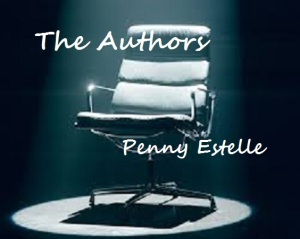 Penny Estelle is a best selling writer for all ages, from the early reader to adults.  Her books range from pictures books for the little ones, to fantasy and time-travel adventures for ages 9 to 13. She also, under P. A. Estelle, has written adult stories including a family drama and contemporary, paranormal and historical westerns romances.

Penny was a school secretary for 21 years.  She and her husband moved to their retirement home in Kingman, AZ, on very rural 54 acres, living on solar and wind only.

Find Penny and her books here: 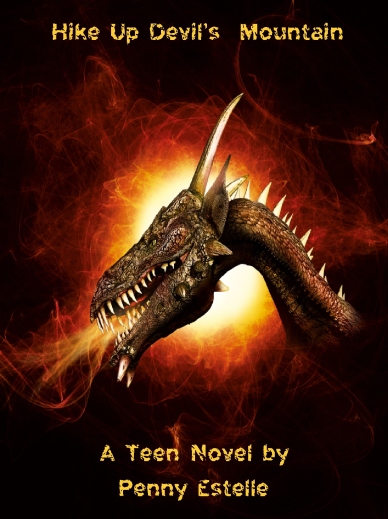 Jason was getting closer to Andy.  His voice hissed through his teeth.  “You must think we are some kind of stupid.  We aren’t like the hicks who live in this town and if you think we would even begin to believe some story about an old witch who lived here, then you better think again!”  Jason pushed Andy hard against the wooden cabinet.

Andy shut his eyes waiting for the first blow.  Nothing happened.  He squinted open his left eye and saw Jason’s head cocked to one side, trying to see behind Andy’s back.  “What have you got there, Andy Pandy?”

Uh oh, the glowing stick.  Andy wasn’t about to give that up.  “Nothing,” he told him, trying to back away but there was no place to go.

“Oh I think there is something,” Jason sneered.

“It’s mine!” Andy shouted.  “You will have to do your worst if you think you are taking this from me!”

“No problem,” Jason said, lunging forward.  Andy tried to fake him out, pretending to run one way and then the other.  That didn’t work.  That never worked!   Jason grabbed Andy’s arm that held the stick and tried to grab it.  Something was going to break, and Andy wasn’t sure if it would be the stick or his arm.  They both fell and were rolling on the floor.  Andy knew he was losing this battle.  No matter how hard he held on, he could feel his new-found treasure start to slip out of his grasp.

The stick exploded into a flash of light and then the fight was over.  Andy jumped up, trying to fill his lungs with air.  What happened?  Danny came running over to where Andy stood.  “Where’s Jason?”  Andy couldn’t answer because he couldn’t catch his breath.  Danny yelled, “Jason, where are you?  Quit messing around!”

They both looked to the floor.  Under one of the boxes was what looked like a pair of pants.  “Jason!” Danny hurried to lift the box.  No Jason — just his pants.  Lying close by were his nice Nike shoes, socks and a short distance away was his shirt.  “What did you do?” he yelled at Andy.

Danny tried again.  “Jason,” he screamed his name.  “Where are you?”

Hike Up Devil’s Mountain is available in eBook, Print, and Audio

Good morning everybody.  I am here today, talking to Andy Thompson, and Jason and Danny Crew.

Andy:         It wasn’t my fault.  I was in the basement of this old house that is about to be demolished, minding my own business, and in walks, Jason and Danny.  I found this awesome glowing stick and he tries to take it.  So you can plainly see it was not my fault.  He’s the school bully!

Danny:       We are headed up Devil’s Mountain.  There’s a witch there and we hope she can fix this whole thing.  My parents won’t like it if Jason as to live at the lake.

Me:             Boys, that’s a big, dangerous mountain and I’ve heard some scary things about it, so be very careful and good luck on your Hike Up Devil’s Mountain!

Thank you Penny Estelle for dropping by The Blog today. All the best to you and your future future projects!

MONDAY: Author Vicki-Ann Bush talks about her father and the courageous battle that binds her family.

THE FUNKHAUSER ROADSHOW DAY 10 WHERE I TALK ABOUT PROVENANCE AND BAD BLOOD http://fang-tasticbooks.blogspot.com

SHARE THE GLOW: SUPPORT HEUER LOST AND FOUND THROUGH HEADTALKER

Book Tour brought to you by:

Bewitching Book Tours is geared towards the new author, the ebook author, the small and independent press author, and the mid-list author- the author who doesn’t have a huge marketing budget but wants the most bang for their promotional buck.

Bewitching Book Tours aims to offer just that by pairing authors and their books with targeted book bloggers and readers who enjoy the types of books the authors write.

Bewitching Book Tours offers readers the chance to discover new books while getting behind the scenes information about authors, books and characters.

Join us for a virtual book tour -you can read author guest blogs, interviews & book reviews and exclusive excerpts, listen to radio interviews, and participate in chats with the authors- all from the comfort of your home.

4 thoughts on “A WRITER FOR ALL AGES, PLEASE WELCOME PENNY ESTELLE”