Romance author Marie Lavender takes the chair with a view to SECOND NATURE, the first in her BLOOD AT FIRST SIGHT SERIES. Energetic, prolific and with a love for NOW and dark chocolate (see Proust Questionnaire) she radiates positivity. Maybe vampire relationships can work? Welcome, Marie.

She never expected it…

Desiree Edwards has a problem. She’s been attacked, kidnapped and forced to get along with a vampire of all things. It’s something right out of the story books she reads, or her worst nightmare. But, sometimes he’s not the monster he appears to be. He seems so humanlike that she can’t help it when her emotions betray her, when her body betrays her. To make matters worse, she finds out more about herself than she ever wanted to know.

She was unlike any other…

Alec has a problem. The animal in him wants Desiree. But, so does the man. The more he learns about her, the harder it is to deny what he wants. But, he’s a freak, and she’s just a human. The two species don’t mix that way. Then an old enemy surfaces and Alec is forced to make a choice. His life or hers.

Can Alec’s soul be saved by this unique human? Or will it be far too late?

He chuckled. “You’re amusing, Desiree. I knew I liked you the moment I saw you, as soon as I heard your voice.”

The blood drained from her face. Oh my God. He had been that close when he was stalking her? That was eerie. She thought back to the festival and remembered that feeling of being watched. Natalie had brushed it off, but Desiree had sensed something was wrong. “What if … I had seen you?” she managed weakly.

She went silent. She honestly didn’t know what to say.

They entered a garage, or at least that’s what she thought it was. He turned the car off and got out. When he opened the passenger side, he caught her foot just in time before she nailed him.

His eyes narrowed. “Play nice, sweetheart. I don’t have to be easy on you.”

“You haven’t seen anything yet.” He grasped her body and jerked her out of the seat.

With the bright lights of the garage over them, she had a better look at him now. Alec was very tall, with wide shoulders and defined muscles that she could see through his black tee shirt. He had black hair that sprung over his head in spiky layers. His eyes were dark, almost without color, with such a hypnotic quality to them that she had to blink. He towered over her and the hard look in his eyes didn’t help any.

She shivered. But, that was his intention, wasn’t it? To keep her off-balanced and afraid? “You’re doing this because I know too much,” she said as she stood before him, even though she was still bound. She firmed her lips for a moment. “Take me back now and I won’t say a word to anyone. I swear. This never happened.”

Bestselling author of UPON YOUR RETURN and 19 other books. 2014 BTS Red Carpet Review Nominee. Finalist and Runner-up in the MARSocial’s Author of the Year Competition. Honorable mention in the January 2014 Reader’s Choice Award. Liebster Blogger Award for 2013 and 2014. Top 50 Authors on AuthorsDB.com. Winner of the Great One Liners Contest on the Directory of Published Authors.

Marie Lavender lives in the Midwest with her family and three cats. She has been writing for over twenty years. She has more works in progress than she can count on two hands. Since 2010, Marie has published twenty books in the genres of historical romance, contemporary romance, romantic suspense, paranormal romance, fantasy, mystery/thriller, literary fiction and poetry. Lavender just released Second Nature, a paranormal romance/urban fantasy, in December of 2014. She released Magick & Moonlight, a romantic fantasy, back in March of 2014. Upon Your Honor, released last April, is her second historical romance. Her current series are The Heiresses in Love Series, The Magick Series and The Blood at First Sight Series. Feel free to visit her website at http://marielavender.com/ for further information about her books and her life. Marie is also on Facebook, Twitter, Google+ and LinkedIn.

A list of her books and pen names are as follows:

Marie Lavender: Upon Your Return; Magick & Moonlight; Upon Your Honor; Second Nature

Erica Sutherhome: Hard to Get; Memories; A Hint of Scandal; Without You; Strange Heat; Terror in the Night; Haunted; Pursuit; Perfect Game; A Touch of Dawn; Ransom; Leather and Lace

“A true man does not need to romance a different girl every night, a true man romances the same girl for the rest of her life.”–Ana Alas 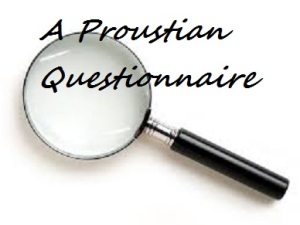 What are your thoughts on muses and do you have one?

Life is my muse. I think that as writers, or at least for myself, we go through experiences, garner knowledge and store it. All of that jumble in our consciousness simmers for awhile and then the muse spits it back out into random ideas, seeds that have the potential to be so much more, stories to be told.

Characters have a great capacity to love, yet they’re starved. Why do you think this happens in fiction and in real life?

It is true that as people, we could probably be kinder, love all human beings more and respect them. We are all human, capable of numerous flaws, with the ability to make mistakes or turn it around and make things right, to carve out a piece of happiness for ourselves. The truth is that those decisions are up to us, and how we look at life within our power. That outlook can color our beliefs in ourselves, and in love. Are people starved for love? Perhaps they are, yet I imagine a lot of their avoidance of love has to do with trust, trust in themselves and other people. Breaking through those barriers is key to finding a deeper understanding of others and opening ourselves up to love.

I think a character is three-dimensional when you give them the ability to love, show them living it on the page and yet still portray the endless array of human emotions in the story. As for seeing starved characters in fiction, if I read a book and I find a character isn’t fully developed, I still see great potential. The author has the opportunity to bring that character to fruition, to delve deeper, to get to the core of the character and discover their hard truths, however heartbreaking and wonderful.

And perhaps the reason why the character is starved is also about trust. It takes a great deal of trust for a writer to relinquish some of their power in order to let a character step into the story and shine in his or her glory. It takes courage to resist the urge to direct everything. As writers, we think we’re in control, but we’re not, not really. We’re along for the ride on this crazy journey of character development. Once a writer starts to truly listen to a character and the story that needs to be told rather than the one he thinks “should” be told, he will never be lost again.

Without giving spoilers, would you say you’re a “happy ending” writer?

I am a firm believer in happy endings, or at least a hint of them. I love reading and writing romance novels, and those usually require an HEA.

I just hope that I have made an impact with my books, that a character will have touched a reader to the point that they will remember him/her for years to come.

If you could dine with any historical figure living or dead, who would it be and why?

I’d like to have dinner with Jane Austen. I think she would be quite fascinating to see in person. Based on her prolific books and from what I know about her history, she had great talent and a quick wittedness that I think would lend itself to good dinner conversation.

Past, present or future? Where does your mind dwell?

While I do think of my goals for future, I am mainly in the present with occasional thoughts about my past.

What informs your writing most?

Meeting new people, having new experiences and learning as much as I possibly can about different subjects helps to shape my writing.

Growing up in the Seventies, school kids were encouraged to think globally and act locally. Have you ever flirted with this philosophy?

Of course. I have definitely considered volunteering for charities. I already donate to several. But, I think the best thing we can do to honor this philosophy is to lend a helping hand however we can. For now, my efforts are virtual as I offer guest slots on several of my blogs and I try to help my fellow authors out whenever possible. Locally, we can do more by helping out in our own cities. Even just doing a favor for your neighbor or helping a stranger out now and then is a good start.

Guilty pleasures: we all have them. What is yours?

Probably getting my first book contract. I can’t even describe how exhilarated I felt when I read that email for the first time, and found out a publisher wanted to publish Upon Your Return.

Tell us about the one that got away. Person, place or thing.

In a past life, I had briefly entertained being a music performer. Fate did not see fit to have that happen, and I think I’m better for it because writing is my true calling.

What are some of the overriding themes in your work? Do you have a favorite?

Some themes are love, honor, survivalism, the importance of family, strength and hope. I think I tend to write a lot about strong characters who endured some major traumas in life, and how they rose from the ashes to attain their goals. So, the survivalist theme resonates for several characters.

Who do you admire and why?

I admire my fiancé for his beliefs, and the way he pursues his dreams fearlessly. I am so proud of him.

Are writers fully formed works of art or works in progress?

Whether you’re born with ability to write or you learn it somewhere along the way, I believe we all have room for improvement. We should seek to better ourselves, to develop our skills and cater to our writing careers the way you’d groom yourself for any other career. So, yes, we are, in a sense, still works in progress.

Thank you Marie Lavender for taking care of my site today. Be sure and include Marie on your authors to read list!

Tomorrow: Rival Gates, Author of QUEST FOR THE RED SAPPHIRE, Book 1 of The Sapphire Chronicles. http://www.rivalgates.com/

DAY 2: FUNKHAUSER GETS BEHIND THE SPIRIT OF HEUER ON Author Rachael Stapleton’s The Mysterious Ink Spot, http://rachaelstapleton.blogspot.ca/