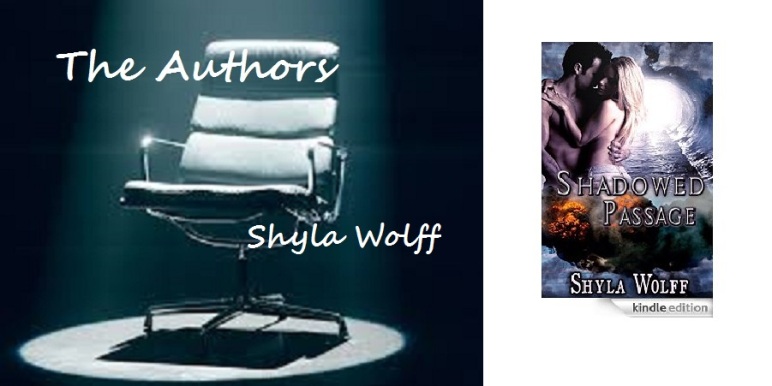 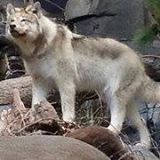 The blog welcomes author Shyla Wolff to spotlight her upcoming release SHADOWED PASSAGE and highlight her GIVEAWAY currently running from May 11 to June 7. Shyla is a new friend, kind enough to feature me on her blog not once, but twice as part of my tour. I wish this talented artist the very best. 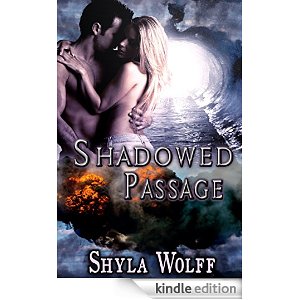 Tariffs paid on an ill-fated decision can last a lifetime.

A young boy—tossed an impossible situation by his psychopathic uncle, father or sister, he must kill one for the other to survive.

Two decades later, Dylan has developed his psychic talents, trained by the military, learned the skills necessary to locate the family he’d abandoned as a child and kill the devil himself, Roth. On the day he’s discharged, his ex-boss offers assistance in locating his sisters, demanding help with one more mission in exchange.

Tori, a young woman weeks away from graduating with her Psych doctorate, is torn from her stable life and thrust into a world of espionage, warriors, and unexplainable phenomenon. The man she loves, Major Clannahan, attaches her to the unit charged with locating a terrorist cell. Dylan, leading the unit, draws her like no other. Yet the darkness buried in his soul will test her skills and patience beyond anything she’s ever known.

Kiera and Kyley, identical twins challenged by the extremes of evil yet remain pure of heart, both bound to their man with a love withstanding the tests of time and tragedy.  One a warrior, the other with a warrior’s heart, each wield formidable psychic talents, sought after by a psychopath and terrorist bent on destroying the country.

A group of psychic warriors, dedicated to fighting evil in the shadows, locating and helping others develop their paranormal talents without splintering society’s tenacious perception of reality.

These are the extraordinary people living among us, protecting and preserving our way of life. Courage and honor, duty and strength of will cansustain us for only so long. Eventually, we must find our own path forward, learning to open our hearts to love even as we risk the ultimate pain.

“The choice is yours, boy, but understand—not deciding is making a decision. Do it before I make the decision for you. Only difference is, I won’t kill one, I’ll kill them both. Father or sister. You have allthe power.”

Roth kept his tone calm and gentle. The evil coiled tightly within warmed his soul. He fancied the boy killing his father, silently rooting for the infant to survive. He could have lots of fun with her over the coming years.

The boy’s father would die either way. He’d bound and beaten him just for fun.

“Daddy? What do I do?” Tears streamed down Dylan’s face, sobs racked his entire nine-year-old battered frame. His gaze slid from his father to his baby sister, now held by Roth. When he looked back at his dad’s bruised and bloodied face, he cried harder. His dad’s eyes were swollen almost shut.

The gun shook uncontrollably in the boy’s small hand. “Daddy?”

Boredom shadowed his mind as the excitement of the climax dimmed with the child’s indecisiveness. His gaze wandered out the window above the kitchen sink.

In the back yard, a massive, wooden play structure stood, complete with swings, tunnels, overhead ladder, and a slide. How extravagant for just two children, one still an infant. His sister always belabored the little things. Shame she’s not present to witness this. He would’ve found this even more amusing.

The blond haired infant cradled roughly in his left arm actually cooed at him. Disgusting. If he kept this thing, he’d have to hire a nanny. Still, the thought of it growing up with half the powers his sister enjoyed years ago made the brat worth the trouble…If she survived today. He sighed.

What else could he say in this horrific situation? His own psychotic brother-in-law was forcing Dylan to commit the most heinous act imaginable, choose between patricide and sororicide. Roth had always been the canary in the crazy mind but even Devon hadn’t seen this coming.

“Awww, isn’t this touching?” Roth muttered, no doubt weary of his twisted game. “What a little wimp. I’m growing tired of your indecision, boy. I think I’ll just slice this little bitch’s throat. After all, she’d probably just grow up to be a carbon copy of her mother, stubborn and willful. Wouldn’t want more of that in the world, would we?”

“Noooo, please. Please don’t hurt her! She’s just a baby.” Facing where he knew his son to be by the sound of his sobbing stifled his thoughts. “Son, I know this is the hardest thing you’ll ever do, but you must. Please. It’s all right. I love you more than anything.”

His small frame trembled, tears streamed from his eyes, hair matted to his face. Red, swollen tissue marred the right side of his face, the result of Roth’s cold temper. The kitchen table supported his slight weight as he leaned one forearm on its edge.

“Roth, please don’t do this. He’s just a boy. Be the sniveling coward you’ve always been. Do it yourself.” Articulation was slurred through split and bloody lips. His tongue slipped between the gap of two missing teeth.

Though partially open, his right eye refused to focus properly. Warm, wet liquid traced a path down his face. Gravity would always trump decency. Blood splattered his clothes. Patches of gray clouded the edges of his vision. Unconsciousness lumbered near. The drumming in his head kept pace with his rapid-fire pulse. No child should ever see his father this way, unable to protect his family. Even if his son survived Roth, which he began to doubt, he’d be scarred for life.

“Oh, Devon, Devon, Devon. You just don’t get it, do you? I’m not a coward,” Roth admonished. “I have no qualms about ending any of your lives. Watch, let me demonstrate.” His patronizing voice oozed in the air like oil spreading over water to corrupt with its filth. Roth pulled the six-inch blade from its sheath at his waist and held it to the baby’s throat, who lay cuddled in the crook of his left arm.

“No, don’t. You bastard!” Devon strained at the rope binding his hands behind his back. “Dylan, listen. Take the family crest ring off my finger. Go ahead, son, take it. It’s yours. It’s our coat of arms.” Twisting sideways forced the bonds to cut his wrists as he removed the ring from fingers slick with blood.

When his son took it, he realized these would be his last words to his boy. “Put it in your pocket, you can get a chain for it until you’re grown. That ring is a symbol of your strength, son, a symbol of your commitment to do whatever’s necessary to protect your family. Remember this, Dylan.” Dear God, he’ll have nightmares the rest of his life…if he survives.

Of the many lessons life seems intent on throwing her way; the most important one Shyla’s learned is to take the time to enjoy family and friends. The flux and flow of changes aren’t something to fight, but adapt to with the best of your ability. One day’s heartbreak is often followed by another day’s triumph. The only barricades remaining are the ones we refuse to navigate. She hopes you’ve enjoyed this story. Shyla’s website, ShylaWolff.com, will be updated as Dylan’s journey continues.

NOTE: My apologies to Shyla and viewers for displaying Rafflecopter script. Haven’t figured out how to translate it directly into my blog. Just click the URL and you’re in –ABF

Thanks for stopping by Shyla and good luck to everyone who participates in the raffle!